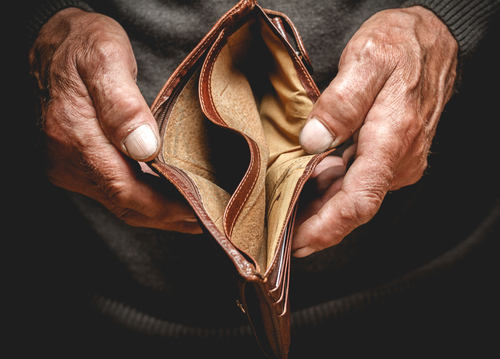 More books and films have been dedicated to the American Dream than I can count. It is inspiring and exciting to witness someone achieve greatness. This nation is special because built into its very core is the notion that anyone can rise above their own station in life and take hold of their destiny. The American mythos is one of self determination and worthwhile endeavor. The question is this: why do so few people actually achieve the American Dream? While the Dream remains in place, reality presents a jarring disconnect. The distribution of American wealth over the last several decades has been one of increasing division between the wealthy and the poor.

I remember hearing about the occupy Wall Street protests that had taken root in the country a few years ago. I didn’t exactly know what it was all about, but I remember it being a big deal. Basically, people were angry that the vast majority of wealth in the U.S. is controlled by an increasingly smaller group of people. As it turns out, the average yearly income for people in the bottom 90% is around $35,000. The upper 10% make around $300,000, the top 5% about $470,000, and the top 1% bring in around $1,300,000. Then there is the top .1% of people in the country who earn approximately $6,700,000 every year.

Basically, .1% of the population earns 20% of the collective income earned in the United States every year. To put things in perspective, this income percentage has not been this high since the roaring 20’s. After the Great Depression, the income share of the .1% dropped by about half and hovered there until around the 1970’s. Since then, the amount of wealth controlled by this narrow margin of individuals has been on the rise.

What to make of this?

Based off of this evidence, the majority of people striving for the American Dream rarely ever achieve the goal. In fact, a solid 20% of the American population only earns about $25,500 before taxes. According to the U.S. government, single person households that earn around $12,000 a year are considered to be living in poverty while four person households earning $24,500 are also considered in that distinction. This constitutes a substantial amount of people unable to escape poverty.

While this kind of disparity certainly causes economic hardships, these lower income individuals have several other concerns as well. For example, housing for people in this income bracket is often outdated and can even be dangerous due to instability, crowding, or mold. However, without money to spare, people delay getting these potentially dangerous problems solved. People making this much money also typically have higher health risks, and when their health does take a hit, they can’t afford the bills. This is especially the case for individuals with substance abuse problems. While anyone from any income bracket can become addicted, typically only those with higher salaries are capable of affording treatment. In general, individuals living in poverty have a far more difficult time coping with physical and mental illness.

There are many potential solutions to this problem. Politicians and pundits argue and discuss them on a regular basis. Some suggest raising the minimum wage, while others see this as damaging to the economy. Improving and making education more accessible is also seen as viable way to help address this issue. By improving–and expanding–education we would give individuals a better chance at better paying jobs and careers.

But how can you become engaged with the issue? Sometimes, it is easy to feel powerless or out of the conversation. You don’t have to be a member of congress to make a difference. You can always become better informed. Conduct good and responsible research, learn to understand the problem, and develop your own opinion. Vote for individuals who you feel will enact policies to help shift this trend. Finally, have open conversations with as many people as you can. Your awareness, and involvement, is the best path forward. Together, we can restore the American Dream and begin to make it a reality.