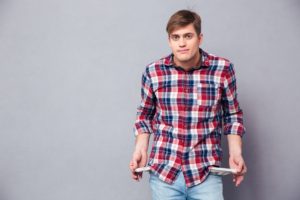 My little brother is a classic case of can’t-figure-out-what-to-do. Although he graduated from High School 4 years ago, he’s since picked up only smatterings of classes from various universities, and worked alternately part time as a swim coach, a counselor, and dabbled in building his own businesses.

Now, his sisters, and his parents, we’re always urging him to just finish up his degree, because of course, that’s what people who have their act together do… right?

Well, let’s take a look at another case study. My roommate just finished up a master’s degree. And although she’s been job-searching for the last 9 months, she just hasn’t found something that suits her. She’d love to work in a library. Unfortunately, she’s been told that she’s overqualified for all the entry-level positions. And while she has the education needed for the higher-up positions, she doesn’t have enough practical work experience in the field to qualify her.

How Well Does College Prepare You To Work? 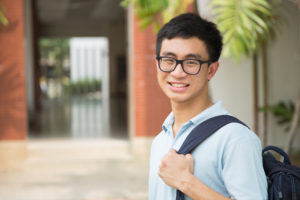 Sort of a catch-22, right? And she’s not the only one stuck in this conundrum. Although the economic downturn of 2009 is behind us, many young, educated Millenials are still having a hard time finding suitable work. And by suitable work, I don’t mean a corner office with a personal assistant. We’re not asking for that much. We’re just asking to be paid, instead of shunted from one internship to another because we don’t have enough experience to be put on salary. Or how about a job with benefits? Although the common perception about Millenials is that they’re asking for benefits disproportionate to the time they’ve spent in the workplace, data actually shows that Millenials are making salaries farther below the national median than college grads did a decade ago.

A lot of us college grads are finding ourselves at a loss, bewildered by the fact that the education that cost us and our parents thousands of dollars (or even hundreds of thousands) didn’t actually prepare us for the professional world.

While employment rates are still higher for college grads, Millenials currently make up 40% of the unemployed workforce in the United States. Meanwhile, they’re graduating from school with crippling debt. A full two-thirds of college grads leave school with some level of debt. How much in debt? The average college graduate has over $26,000 in debt when they leave school!

The overall student debt in America has reached over $1 trillion, leaving us with a huge economic burden. Student loans are the largest consumer debt in America, second only to mortgages. This can be an even scarier statistic when you learn that student loans are nondischargeable debts, meaning they can’t even be erased through bankruptcy.

After seeing those stats, it’s not hard to understand why, although more and more kids are graduating from High School, less are enrolling in college each year. We’ve actually hit a point where, for the first time in decades, there’s a decrease in the amount of college applicants.

The staggering cost of a college education, coupled with the fact that more people than ever are getting degrees (so having one doesn’t put you that much ahead of the field) has made college less appealing in recent years. Add to that the fact that access to knowledge and information is completely different from how it was even a decade ago. Centuries ago, information was only available at venerated institutions who gathered specialists, books, and knowledge, and passed it on to the next generation for a price. Nowadays, you can listen to a Harvard lecture online, study everything you need to know about engines on YouTube, and participate in the discussion on world issues with anyone else in the world, no matter your age or appearance… or financial situation.

All of this leaves many students wondering… why would I pay tens of thousands per semester to learn at a school, when I could just teach myself for the cost of a laptop and a Wifi connection? 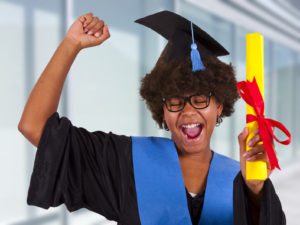 My guess is that America is going to experience a huge shift in its education system. While top-rated institutions like Stanford and Yale are going to go on much the same as always, many mid-range four-year institutions are going to have to do major overhauls in order to maintain their numbers. More colleges will have to work harder to bridge the divide between degree and job experience. More and more students will work for a while after High School and gain some work experience and clarity before going to college with a lot more information about what they want from life. It will all be for the better, I think.